19 February 2013, Taipei, Taiwan - ACME, a manufacturer of professional entertainment and stage LED lighting equipment, has announced the new energy-efficient LED MS700PE moving head light, which combines the latest LED technology with excellent optics and great features. This 180W LED light, designed for use in bars, clubs, concerts or the theater, is the latest addition to the wide selection of ACME's specialized entertainment and stage lighting products.

By connecting LED MS700PE to a 16/17 channel DMX 512 control, users are able to manually control the wide-ranging functions of this LED moving head light. Among other features the motorized focus function of the DMX control allows the shape of light formed by the gobos to be crisp and clear at long distances.

Alongside the DMX mode, the other operation modes of LED MS700PE include Master/Slave and Sound Active. The built-in programs of the Master/Slave operation mode offer users the option of automatizing the light to react to background music in combination with other light sources. Similarly, Sound Active mode is designed to change lights and movements based on sound.

LED MS700PE has smooth 0-100% dimming as well as variable strobe speeds, which enable this moving head light to be utilized to create just the right atmosphere with exactly the desired multi-color options, angles and shapes. The moving head light includes: one rotating gobo wheel with seven gobos; one rotating gobo wheel with eight gobos; one fixed gobo wheel with eight gobos; and one color wheel with seven colors. All these options are also combined with an additional white color option. The light also includes a prism, a rotating prism and an iris.

The combination of these functions in LED MS700PE means that the form, speed, size and color of the lighting is highly configurable – both manually and automatically. This moving head light can be used as a passively controlled background lighting in bars or pubs as well as an active factor creating and reacting to events in concerts or theater performances. With the dimensions of 435 x 344 x 568mm, the light fits most locations without creating a distraction. Ideal operating environments range from bars and pubs, clubs and theatres to concerts and private parties.

With the environment in mind, ACME designed LED MS700PE to contain no hazardous chemicals, such as mercury, and create no harmful radiation emissions such as UV or IR, making it more eco-friendly than traditional lighting. This AC input moving head series is also more economically friendly, consuming less power while providing more light than traditional lighting products.

Read more about this new product in ACME's website:

The combination of sales, marketing, sourcing, manufacturing, quality control, logistics and customer support, enable ACME to provide complete solutions to its clients. Further, ACME is able to provide quality products for all lighting requirements thanks to its full range of professional machinery. Learn more about ACME from: http://www.acme.com.cn/. 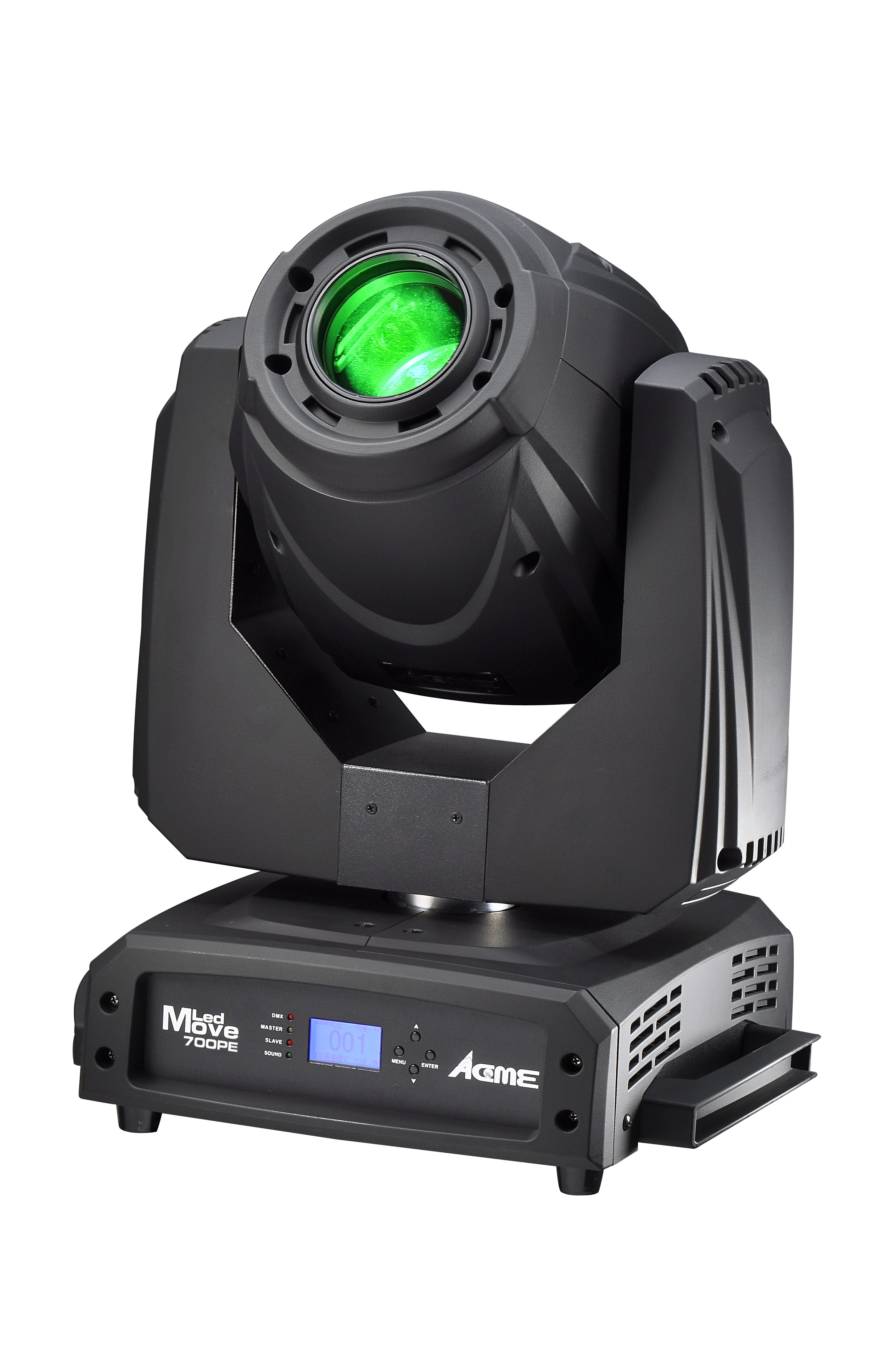